Today's post is from Rachel Lance, offering her perspective as Shierry's mom.


For awhile after Shierry's palate repair, I was pretty focused on how awful it was. But with some distance, I've been able to remember the ridiculous things. The most wonderful/annoying thing about Shierry is that even when she's in pain and exhausted, she's still herself, she still needs to be busy and have fun.

When you're stuck on a liquid diet and bound to an IV drip, it's difficult to get what you want. But not impossible.

After a day in which she consumed no calories and rejected a therapy dog, right around shift change, Shierry decided to put on a show.

She had let just enough water droplets cross her lips for the nurses to be convinced that she would survive without the IV for awhile. Once untethered, she had a grand time pushing the IV stand all around the room. I was so tired, I though I'd fall over, and here was my beautiful, silly girl waltzing with a pole.

She then decided that we were too boring for her and she crawled to the door hoping to find a better audience. The nurses' station was located right outside the door to Shierry's room. She'd dramatically push the door open, yell "HI!!!" at the top of her lungs to the gathered nurses and techs, and then just as quickly slam the door shut. Then they all started to leave to start their rounds, which Shierry found pretty unacceptable. She abandoned the door game in favor of suddenly darting out into the middle of the hallway at full crawling speed. I'd apologize to whoever was having to step over her and haul her back into the room. She'd break out again. And again and again. It was a pretty uneventful night on the floor, so the nurses weren't, or at least didn't seem to be, too put out by this. They began to expect to see her bounding around and would just laugh and say "oh, hello there, Shierry."

Eventually, we could tell she was slowing down. But, she refused to get into bed, she so wanted to keep having fun. Instead, she just planked right there on the tile floor, right in the middle of the doorway. Resting, but still a part of the action. 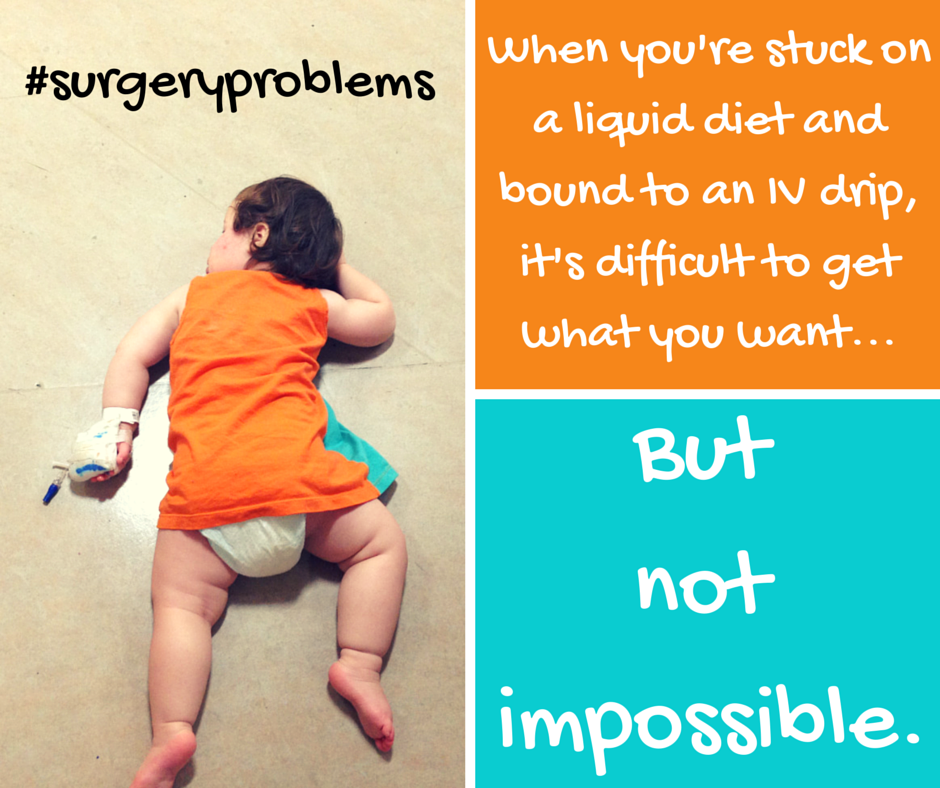 Check out more posts by Rachel here and here.