#WonderWednesday: Jono Inspires Us To #ChooseKind In Southern California And Texas 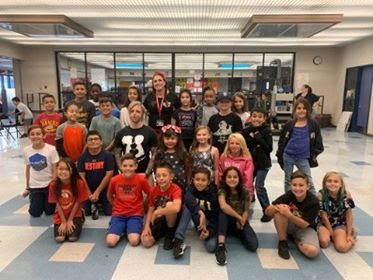 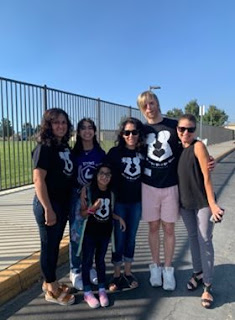 Jono Lancaster visited three Southern California schools in the middle of October. He spoke to over 1200 students and staff at Brookside Elementary School, Ana Haus School, and Highland Academy. Jono was invited to his first stop, Brookside Elementary School in Beaumont, California, by Knox Cloes and his mother, Sarah. He spoke in an assembly to 300 students about his facial difference, how the students can be more accepting to those that appear different, and finally how they can choose kind each day.  From the many photos that were taken during the day, many of the students received one-on-one time with Jono after his presentation. They talked in small groups indoors and during recess.


Later that same day Jono brought his message to Angelica Batres' school, Ana Haus School, also located in beautiful Beaumont, California. There he spoke to 720 students in pre-kindergarten to sixth grade classes. The students of this school community embraced him, too. 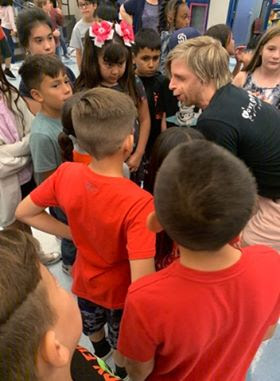 On October 21st, Jono visited Highland Academy to talk to Jordan Watkins' classmates about differences, acceptance, and kindness, too. He was invited by Dorina Watkins and some of the teachers at Highland. The school's director commented about Jono's presentation, "It was engaging and fun. The openness of the presenter really made an impact on the students. It was thorough, yet brief enough to hold their attention.” 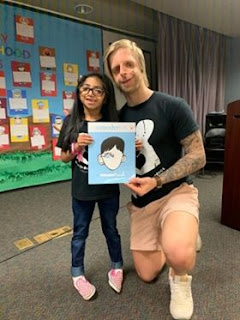 Jono made another visit to the United States from his home country of the United Kingdom this week. Yesterday and today, Jono visited schools in Dallas-Fort Worth. He also addressed visitors to the NorthPark Center Gingertown build event last night. Each year, Dallas-based contractors, construction companies, and urban planners come together to build an entire city out of gingerbread houses. The effort helps raise money for CCA Kids. We are extraordinarily grateful to Jono for being part of this event for the second year in a row, but most especially to the NorthPark Center mall for their continued support of Children's Craniofacial Association programming through the Gingertown event. It is a fine way to celebrate the season and our kids.