Ask The Doctor: Can Craniosynostosis be detected prenatally?

Question: Can Craniosynostosis be detected prenatally? I am a 61 year old mom who gave birth to a daughter in 1991 with craniosynostosis and would like to let her know this answer when the time comes for her to get married and start her own family. 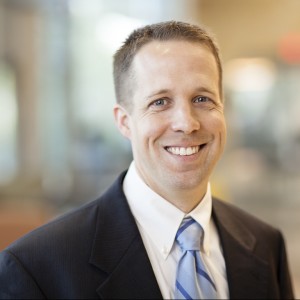 Answer:  Thanks for your question. In short, I would say that detection of craniosynostosis by prenatal ultrasound is difficult. This is partially due to the difficulty in getting a “clear look” at the sutures  (or skull expansion joints) when the baby is active and moving in the womb. In addition, prior to birth, the skull bones are not fully developed and have not calcified completely. This can make it more difficult to see the sutures and determine if the bone is fused. In fact, I can think of instances where a newborn child clinically appeared to have craniosynostosis but an early skull xray or ultrasound, obtained by a pediatrician, seemed to show the suture was “open.” In essence, the child had craniosynostosis and a non-functioning suture, but the suture hadn’t calcified sufficiently to make fusion detectable by imaging.  For these reasons, I prefer to rely on a good clinical exam of a newborn infant rather than on ultrasounds or xrays done before birth or even in the first days of life.
While definitive diagnosis of craniosynostosis is difficult prior to birth, there are instances when craniosynostosis is suspected prenatally based on abnormal head shape as detected by ultrasound. For instance, when a child has sagittal synostosis, the skull becomes elongated front-to-back and sometimes tapers posteriorly. This characteristic shape may be seen on ultrasound. Similarly, with some types of syndromic craniosynostosis (eg Pfeiffer syndrome), a markedly abnormal “clover leaf skull” deformity may be present, and this can be detected by ultrasound, too. A diagnosis of craniosynostosis can even be suspected based on the occurrence of other associated abnormalities picked-up on ultrasound, such as fused fingers and toes as seen in Apert syndrome, a condition frequently associated with bicoronal craniosynostosis. However, since abnormal skull shapes due to craniosynostosis are usually mild prenatally (and even at birth) and since head shapes tend to get progressively worse over time, prenatal head shape findings can be subtle and are not always obvious. For this reason, it is most likely that ultrasound detection of abnormal head shape suggestive of craniosynostosis may not be possible until later in pregnancy.
When a diagnosis of craniosynostosis is suspected based on head shape or based on other abnormal findings with the unborn baby, I would encourage the family to meet with a craniofacial surgeon and discuss the possible diagnosis and what may be involved in future care. Ask a lot of questions and do some research before things get really busy with the baby’s arrival. Once the baby arrives, diagnosis of craniosynostosis may just require a physical exam, but additional imaging with a CT scan or MRI may be suggested by your team.