From the Bench with Francis: Seattle Children's New Technology for TCS 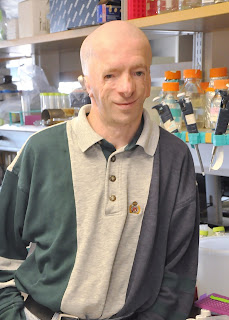 From the Bench with Francis
A regular column on craniofacial news and technology by Dr. Francis Smith


Like many other craniofacial syndromes, TCS involves anatomical disruption of the airway due to malformations of the mandible (lower jaw) and other structures that result in dangerous, and often fatal, obstruction of the upper airway. Consequently, children with more severe forms of TCS need tracheostomy to breathe until they can have some form of jaw surgery later on to open their airways.


For over two decades, the standard paradigm for opening the TCS airway has been to bring forward the mandible (and with it, the tongue), either by cutting it apart and repositioning or realigning the jaw with rib grafts, plates, screws, and other hardware (called orthognathic surgery), or in more recent years, by a gradual process of distracting the jaw forward with internal or external distraction hardware that is turned daily for weeks or months postoperatively until the jaw is sufficiently lengthened (this is called mandibular distraction osteogenesis). However, jaw lengthening has a poor success rate.


However, a team of craniofacial surgeons at Seattle Children's Hospital have recently developed a completely new approach to opening the airway in children with severe TCS. Plastic surgeon Dr. Richard Hopper (surgical director of Seattle Children's Craniofacial Center) and his team redefine the syndrome (and its airway obstruction) as actually a rotation deformity of the entire face, not a lower jaw problem. Their experience with severely airway compromised children with a rare form of craniofacial microsomia whose faces were rotated backwards, cutting off their airways so they were no longer able to be helped with tracheotomy, drove the team to devise a new surgical approach--rotating their faces forward in order to open their airways--which they soon adapted to children with TCS.


Called "subcranial rotation distraction," this is a three-stage surgical process taking a year and occurring after growth of the upper face has finished (age 9 and older). In the first operation (the most complex one), the child's entire face is cut free of the skull base (so the whole face can be moved forward as one unit), the jaws are wired shut, and a metal hinge is created at the top of the nose so that a midface distraction device, paired with mandibular distraction devices, can be attached in order to gradually distract the entire face forward over a period of weeks to a month after the initial surgery. During this distraction process (while the devices are activated a little each day), new bone develops and grows within the gradually widening gap between the advancing face and the skull base. Once Dr. Hopper feels that the face has been distracted or lengthened forward enough, the daily turning of the screws stops while the new bone tissue hardens forming a longer upper and lower jaw. After a while, the second surgery involves simply unwiring the jaws so that the child can open his or her mouth again. The distraction apparatus remains in place for two to three months more while the bones continue to consolidate and harden, then in a third surgery, these devices are all removed (and new cheekbones are built from skull bone grafts).


During this whole yearlong process, a tracheostomy and feeding tube remain in place.

Dr. Hopper and his team consider their radical process a greater success in opening the airway because it moves the whole face forward and provides greater stability than merely lengthening the lower jaw, which so often relapses afterwards. He continues to monitor the growth outcomes of the new procedure in his patients through their teen years. His hopes are that the evidence of the success of the new approach will bear itself out and eventually spread nationwide as other craniofacial centers see its success.