An Open Letter to Wendy Williams

This week, we heard of an episode of the Wendy Williams show that aired on January 7, 2020, that disparaged facial differences, specifically Joaquin Phoenix, who has was born with a microform cleft. 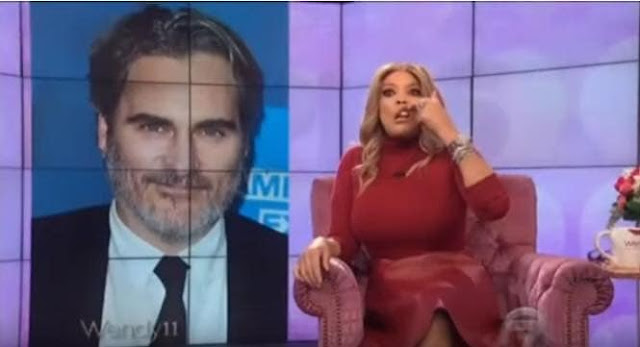 Thank you for taking the time to read this message from Children’s Craniofacial Association regarding your January 7, 2020, broadcast. We were upset and saddened to hear your words and see your actions in describing acclaimed actor, Joaquin Phoenix. You stated he had a “hairline fracture - what is it called?,” after nearly calling it a “harelip” (a derogatory term) to get a laugh out of your audience.

While we want to note, you were certainly praising his looks, you did use the phrase “oddly attractive.” All together, this could have been an amazing moment for people with facial differences - you on your platform, praising someone with a facial difference - but your actions of tugging at your lip for an extended time actually brought back memories for many of us of our days on the playground when our classmates would chase us around pulling at their own lips or tugging at their eyes or puffing up their chins, to highlight our own physical differences. Once again, we felt that we (people with facial differences) could not simply be seen or accepted or praised for who we are - no matter how large the accomplishment being discussed - No! Once again, we were reduced to having our facial difference become the only thing worth talking about.

On average, children born with craniofacial conditions have from ten to twenty surgeries in their lifetimes to manage their conditions. Some are to help us hear, eat, see, breathe, and speak. Others are to repair and restore the features to a more “usual appearance.” But what hurts more than the countless IV sticks and the long nights spent in hospital recovery are the mental health issues, such as depression, anxiety, and post-traumatic stress disorder after years of bullying, scary encounters in medical settings, and people mocking our looks.

With these factors in mind, we hope you will think twice before using this type of humor again.

Please reach out if you would like to learn more about craniofacial conditions like cleft lip and palate. We have many speakers who would love to share their stories on a platform as large as yours, and we also have syndrome booklets and completely free resources for teachers that we distribute.

Thank you so much for your consideration,