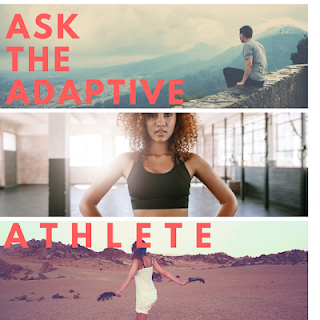 Q: Are there any current or former major league baseball players born with facial differences?

Funny you should ask, because yes there was a baseball player named Jim Bagby, Jr. that was born with a cleft lip, and possibly palate, too. He played for the Boston Red Sox, Cleveland Indians, and Pittsburgh Pirates.

Bagby toiled away in the minor leagues for three years, perfecting his pitching performance from 1935-1938. Throughout his entire major league career, he would be up and down, between the minors and the big leagues, travelling all around the country playing on teams with wild names like the Little Rock Travelers and the Tampa Smokers. 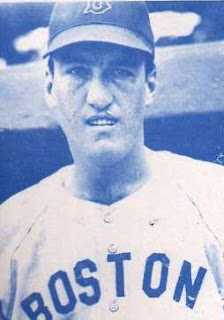 Bagby Jr. played nine major league seasons spending his first three seasons in Boston from 1938 - 1940, then moving to the Cleveland Indians from 1941-1945. James Elfers, Society of Baseball Researchers (SABR) historian, shares one highlight from Bagby's four seasons with Cleveland, "he was the Indians pitcher in the July 17, 1941 game, which ended Joe DiMaggio's famous 56-game hitting streak." In 1962, Bagby reflected back on that moment saying all he could do was hurl "fastballs." He added, "Joe hit one of them hard, but he just hit it to somebody." That "somebody" was Lou Boudreau, shortstop for the Indians, who flipped the ball to the second baseman for second to first double play, sending DiMaggio back to the dugout.(1)

In 1942 and 1943, Bagby who was then with the Cleveland Indians, had standout seasons with 2.96 and 3.10 ERA respectively and appearances at both All-Star games. He pitched over 270 innings each season, the highest pitch counts of his career. Clearly, when he was on fire he burned brightly. His fastball never let him down, while his off-speed and curve were good to him in a pinch.

In 1946, he returned to Boston after five years in Cleveland. He became a member of the historic Boston Red Sox World Series team. Though the Sox did not win it all that year, Bagby had the once-in-a-career opportunity to play with such legends as Ted Williams, Bobby Doerr, and Johnny Pesky. The team, still managed by Joe Cronin, lost two games to the Washington Senators in a best of three series, playing 156 games in total that year.

Bagby Jr. moved to a reliever role, reducing his innings pitched during the 1946 season. His appearance in the World Series solidified his place in the history books. Bagby and his father Jim "Sarge" Bagby were the first father and son to make appearances in World Series games. His father in 1920 for the Cleveland Indians, and Bagby Jr. in 1946 for Boston.

Bagby Jr's last year in the major leagues was spent with the Pittsburgh Pirates in 1947. He would end his baseball career in the minor leagues playing in Indianapolis, Atlanta, and Tampa from 1948 through 1951.

The jury is still out on whether his cleft was repaired or not. (2)  Elfers, of SABR, noted that back in the late 1930s and 1940s, newspaper photographers would doctor photographs to make professional ball players look their best. Elfers says, "photographers seemed to make a point of either not photographing his facial difference or camouflaging it with lighting tricks. In short, it was something he had that almost no one talked about and fewer showed." Elfers reflects further on his newspaper research saying about his facial difference, "the press noted he had it, but I was not able to determine its severity." The newspapers really wanted these giants of the game to look what they thought was "their best."

His Family and Support System

Many of images we see of Bagby Jr. make it appear that his facial difference was minor. While not much is written about his medical history, some was written about his character. His family was a great support system to him. He would reach out to his father for advice about how to handle life in the "Bigs." Jim had a devoted mother and fiancé, too, his high school sweetheart.

A Boston Globe article dictates a phone conversation with his father the night after his first start in the majors in 1938. The 21-year-old, newly-acquired Red Sox pitcher got the ball on the first game of the season against the World Champion New York Yankees. Boston won the game 8-4. His father says it all when he comments that Red Sox Manager Joe Cronin made the"smartest baseball move he had ever heard of." Bagby Sr. also commented that this start, "was the greatest thing that could have happened to Jim. He'll have confidence now. He's always had courage and he must have needed it to come through under that kind of test."(3) It was really sweet to read this loving exchange among the Bagby family. The bit about his father wanting him to feel confident rings true for all of us with facial differences, for it is all our parents and friends truly desire for us.

Another Boston Globe article published a few months later shows both his mother and fiancé sitting together.  A fiercely private player, one of Jim's teammates tipped off the reporters that his mother, Mrs. James Bagby, and fiancé, Miss Leola Hicks, were in town visiting Boston to see Bagby pitch. The two excited women were far from shy with the reporter. His mother says she got such a "thrill out of watching Jim beat the Browns the other day," but that it did not "compare with the feeling that swept over me the night I had learned Jim had won from the Yankees in the opening game of the season." Fiancé, Leola Hicks says they met while both played in a "basketball doubleheader bill in Atlanta about three years ago." The headline boasts that Bagby's "Two Best Girls Are In Town." (4)


Clearly with a strong support system in place Bagby was able to accomplish great success. He had determination and grit, too. How else do you throw 270 balls during a regular season that features fewer than the 162 games? He must have had the resilience, determination, and drive that only a person with a facial difference calls on in times of struggle. He most likely earned those attributes in much the same way that members of the facial difference community do: through scary medical procedures,  enduring teasing, and growing up feeling a little different. With this life experience, he was able to shrug off the pains of being sent to the minor leagues multiple times during his baseball career. Going down to the farm after playing at the major-league level can be demoralizing to a player, forcing them to question their ability to play the game they love. But Bagby persevered, and is quite the inspiration to us all to fight for our dreams.

With hard work, a strong support system, and a heart of gold, anything is possible.

2) I intend to do more thorough research about this part of Bagby Jr.'s story. I am very interested in Elfers' claim that photographs of professional athletes were doctored because the public had them up on such a pedestal. I hope to pursue this through Bagby Jr. as an extended research project as a member of the Society for American Baseball Research.