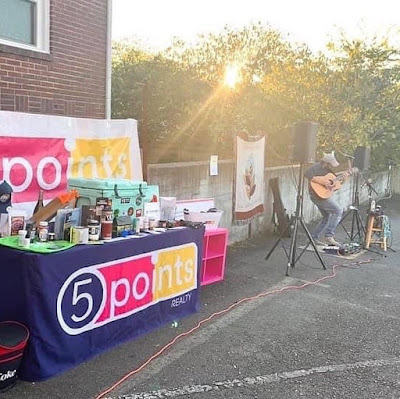 North Carolina singer/songwriter, Josh Daniel sang and strummed his way into our hearts over several months of quarantine with his “Couch Tour,” and has turned his personal pandemic pivot into an incredible opportunity to raise funds and awareness for nonprofits, like CCA. 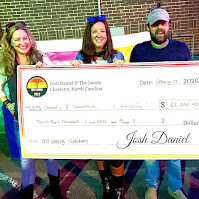 In the middle of March, after many of Josh’s road gigs were canceled, he started singing and playing a set each afternoon on his porch or in his backyard. He called these two hour, daily concerts, The Quarantine Sessions. Hundreds of devoted fans showed up every day for “happy hour” at 5:00pm on Instagram and Facebook Live to watch him play and throw a few dollars his way via Venmo. Thirsty for entertainment, and something to look forward to, the “Jamily,” the name given to Josh’s fanbase family, kept the Daniels family afloat as Josh’s tour dates evaporated.

After some three months of shows, and introducing his family, including wife, Kellie, daughter, Maddie, and son, Sonny, to the Jamily, Josh wanted to find a way to give back. In June, he raised $5,000 for Levine Children’s Hospital where Sonny receives medical treatment. Then in July and August, they auctioned off a guitar on Ebay, and all proceeds went to CCA.

Then, after learning more about CCA and with the momentum of the Jamily, Josh and Charlotte-based 5 Points Realtor, Briley Burris, got together to fill a YETI cooler with gift certificates, experiences, and locally-sourced goodies that was raffled off on Josh’s website. He advertised the raffle each day during his daily, Facebook Lives. Meanwhile, Briley asked local businesses in and around Charlotte to donate items to place in the cooler to sweeten the deal. The total value of the cooler and the items in it, reached a whooping $3,500 value.

Ticket sales raised over $10,000 for CCA. Then, during the final weeks of ticket sales, Geoff Endlich matched the total amount raised to bring the final donation total to a jaw-dropping, ear-popping $22,050. All this love was in honor of the Daniel’s son, Jackson “Sonny” Daniel. Sonny was born with Apert syndrome which is characterized by fused cranial sutures and fused bones throughout the body. However, his diagnosis does not keep him from being a shining star, like his dad!

Charlotte-based businesses such as SunHeist Eyewear, Legion Brewing, Salon Piper Glen, Common Market, Letty's on Shamrock, an AirBnB, among others, contributed items to the cause. We love how major-match-maker Geoff put it, “Let's do our best to make other people's lives better. Happy to throw a small rock in a lake and help make some kids smile and be confident!” 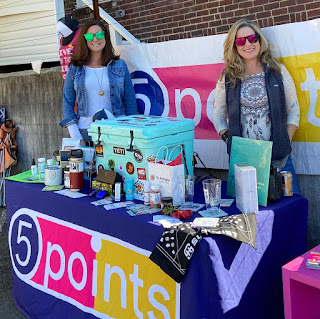 Absolutely, all of you are causing a ripple effect! From the bottom of our hearts, the staff, board, and the families that make up the CCA community want to thank you, Josh, Kellie, Maddie, Sonny, Briley, Geoff, and the entire Jamily, for this enormous act of generosity. The love from the people of Charlotte will be felt by families nationwide. Kids like Sonny will be able to gain access to life-changing surgeries, students will be educated about how to prevent bullying, and CCA will continue the work of making the world a kinder place one neighborhood at a time.

Learn more about Josh’s music by visiting his website at https://www.joshdanielmusic.com/ and watch him go live every day at https://www.facebook.com/JDGratefulBand