Ask the Doctor: What about the Vertex Bulge?

CCA posts a monthly blog series called, "Ask the Doctor." You can submit your questions to Annie Reeves (areeves@ccakids.com) and we will ask Dr. Earl Gage of Kids' Plastic Surgery in St. Louis to answer them. Thanks Dr. Gage for helping spread information and resources for our cranio families! Today's question is about the sagittal bump. 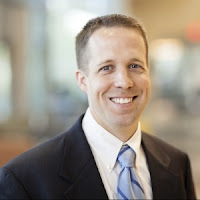 
Question: On several forums, we have heard of post-op sagittal craniosynostosis children who develop a vertex bulge (more commonly referred to as a "sagittal bump"). Some doctors seem to indicate that this alone indicates the need for a repeat surgery, whereas other doctors adopt a wait and see approach. Is the vertex bulge always a sign of intracranial pressure if the child is otherwise developing well? What could be the other causes of the bulge/bump?


Answer:  Small bumps on the skull or other contour irregularities are common after cranial surgeries for craniosynostosis. A large vertex bulge occurring after sagittal syostosis correction, however, is rare. In fact, I have only been able to find one report of this phenomenon from a craniofacial team in Oxford, England1.

In their 2008 series, Marucci and colleagues reviewed 89 patients with isolated sagittal synostosis treated with strip craniectomy. Their patients had the surgical procedure between 5-7 months of age. None of the children had helmet therapy after their procedure as is commonly done after similar procedures here in the United States. Seven of their patients developed a prominent vertex bulge in the months following surgery. All seven of these patients were re-imaged with MRI after the bulge was noted. In 5 patients, there was evidence for elevated intracranial pressure by exam or by MRI, and formal intracranial pressure measurements were done. Pressure was elevated in 4 of these patients. Three patients with elevated pressure and 2 with normal pressure were also found to have fusion of additional cranial sutures on the MRI scans. Genetic testing was done in all children with a vertex bulge, and abnormalities in the fibroblast growth factor receptor gene were found in 2 patients, both of whom also had elevated pressure and additional coronal suture fusion. All seven of the patients ended up having secondary open cranial remodeling procedures, and all but one had resolution of the bulge with open surgery.

While I can’t say with certainty, I suspect that the recommendation for additional surgery in children with a vertex bulge is based, at least in part, on this study. In my opinion, the occurrence of a prominent vertex bulge after strip craniectomy raises at least two important questions.

First, was the original diagnosis of isolated sagittal synostosis correct? Sometimes, multiple suture craniosynostosis can present atypically and may be misdiagnosed initially, even by experienced surgical teams. When a vertex bulge occurs, it should raise a flag that additional testing for FGFR-associated and other syndromic craniosynostoses should be considered.

Second, is strip craniectomy really adequate treatment for sagittal synostosis, or is the decompression with these smaller procedures inadequate? Emerging data on endoscopic assisted strip craniotomies seem to suggest that strip craniectomy with post-operative helmet therapy can be expected yield acceptable results when performed by an experienced team, when families are compliant with post-surgery helmet regimens and when the helmet orthotist is good at their trade. The shorter operative times, shorter hospital stays and decreased likelihood of blood transfusions associated with these smaller procedures as compared to open cranial vault procedures are also appealing. However, every craniofacial team should make honest, periodic assessments of their results for head shape, need for re-operation, occurrence of complications and incidence of developmental issues to be certain that their results are as good as those achieved with open cranial remodeling procedures which remain the gold-standard treatment.

So what does this mean if your child has a vertex bulge after strip craniectomy? I would recommend repeat imaging (CT or MRI) as well as a repeat eye exam be done to look for evidence of elevated intracranial pressure and to rule out multisuture craniosynostosis. Where there is evidence of elevated pressure by imaging or eye exam, formal intracranial pressure measurement should be discussed with your neurosurgeon. In addition, your pediatrician or a developmental pediatrics specialist should also monitor your child to be sure that your child’s development is progressing as expected. Your team should also strongly consider genetic testing for fibroblast growth factor receptor gene abnormalities and possibly other genes associated with craniosynostosis if these tests were not previously done. Your craniofacial surgeon should also regularly monitor your child’s head growth and follow your child for headaches, vision complaints or other symptoms of elevated pressure like nausea and vomiting.  If additional sutures are fused, there is deterioration of the head shape or there is evidence of elevated intracranial pressure, repeat surgery should be considered.

However, if all of these evaluations are normal and the vertex bulge is mild, then taking a wait-and-see approach is appropriate, deferring the decision on repeat surgery until your child is older and becomes concerned enough about the head shape to want another surgery.