Time of Our Lives: The Andersons Find their Tribe at St. Louis Retreat 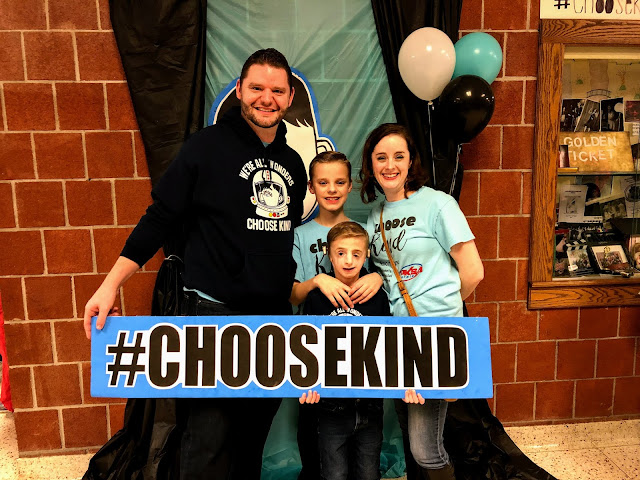 Six years ago, when Nathan was three and Owen was seven, Owen saw a video of an older brother that wanted to help his younger brother who was paralyzed. This older brother held a 5K for his younger brother, so Owen decided that he wanted to do his own fundraiser. We had heard of CCA through Facebook, but we had never really looked into it until that point. Once Owen's fundraiser was rolling, it became something bigger than we imagined, and we ended up, that year, at our first retreat in St. Louis in 2013.

As soon as we walked into the hotel and felt the presence of so many families just like us, this calm and sense of belonging washed over us. I found myself just staring at everyone, which I know is such a "no-no" in our community. But I just couldn't stop, because I was beside myself with awe and excitement of what we were about to be involved in. Before the retreat officially began, we found ourselves at the Hard Rock Cafe, and there were several families there who we had not officially met yet. 3-year old, Nathan, saw a young man with a BAHA. He pointed from across the restaurant and declared, "Look at that boy! He has a BAHA like me!" At 3-years old that was the first time that he had made a connection like that, and the excitement and friendships that he made that weekend with a small group of boys kept him going the entire weekend. Thanks to Owen and his desire to help, he encouraged us to become involved in something so much bigger than our family and small social
circle.

As each June approaches, our family has something to look forward to as Retreat comes closer. Every year Nathan and Owen continue to make connections, knowing that they is one of such an awesome and amazing group of people. CCA gives Nathan, Owen as a sibling, and David and I as parents somewhere to plug into each year. The retreat re-energizes all of us to prepare for the challenges and blessings of the year ahead.