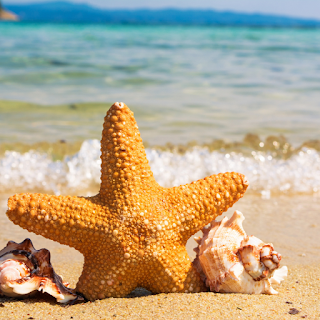 When I first walked into the CCA office on June 1st 1989, I didn’t know what the word craniofacial meant or what the organization would accomplish. For 30 years I have been blessed to be a part of developing CCA and I believe what CCA is today and will continue to be in the future, is very clear.

We are a beacon guiding the way for individuals and families affected by facial differences.

We are SUPPORT. We are HOPE. We are EMPOWERMENT.

Charlene “Char” Smith is one of the founders of Children’s Craniofacial Association. Originally called International Craniofacial Foundation, she was asked to become part of the organization in June 1989. Just four months after Char joined CCA, we achieved our 501(c)3 status as a nonprofit.

During the first year, Char threw her all into CCA, at one point running the organization out of her garage. Former board member, Tony Davis, comments about Char's work ethic during this time, "CCA began in Char’s garage when we didn't have an office. Char worked very hard and it was nice to call and hear her dog barking in the background.  We were very grassroots."

Paula Guzzo, former board member and CCA parent, seconds Tony's thoughts about Char and her ability to go all the way for CCA, "Char literally gave her time and talents freely during a period when the organization most likely would have folded. She was selfless. She had the fortitude to remain faithful to the vision of CCA during lean financial times."

Along with Jill Patterson, CCA’s now-retired Development Director and Char’s friend, they forged relationships with donors, families, and most importantly Cher, our first spokesperson. In 1990, families went before Congress in Washington, D.C., and met other families affected by craniofacial conditions. Jill says, “And it was not just meeting the other families that made such an impact. It was walking around D.C. and on the mall – when people looked at us or stared, we were in a group. We were stronger together.” After seeing the impact that gathering children and families affected by facial differences had, Char helped shepherd in this now twenty-nine-year-old tradition we all fondly know as CCA's Annual Family Retreat.

Char shared her talents with us for twenty-seven years fostering nearly three decades of success. What's her secret? Tony shares his opinion in saying, "Char has a contagious laugh and a smile that makes you feel like you're getting a hug. Her dedication was not for a paycheck, but much more for her compassion and belief in our cause."

Char cites CCA's thirty-year success as an “incredible accomplishment” in the nonprofit world, possible only due to the families that have a “sense of pride and ownership in CCA." A big reason for its success is thanks to her ability to be kind to all, treating everyone with respect. "She's a caring friend who understands the need to make everyone feel they are the most important person to her and the organization," says Paula Guzzo.

Jana Peace, former CCA staff member, learned how to enjoy work through the special atmosphere Char fostered in the office. Jana says, "Char had a way of making you feel at home and she immediately made you part of the community. She introduced me to families right away and before I knew it they were becoming a part of my family.  That’s how Char made you feel, like work was fun and everyone was working together to build a bond. We built a strong bond in the office. She always took interest in what you had to offer and what ideas you might have in making things better for the families. She also immersed herself in getting to know you as a person and your family."

Char knew that the families were at the center of CCA. She approached each interaction in the best way she knew how, with a kind and gentle heart. Jana goes on to say, "What makes her so approachable is her humbleness. To know her gives you a collection of how many times she has learned to reach a family by simply walking along side them.  She has the ability to walk in someone else’s shoes and also lift them to reach their potential."

Tony mentions another one of her qualities that undeniably lead her to foster the strong relationships she cultivated with friends, families, and donors. He says, "She's always the same whenever or wherever you see her. Ready to go and smiling all the way. For me, Char epitomizes what it means to give without expecting anything in return.”

Annie Reeves, CCA’s Program Director of fifteen years says, “Char is one of those people you just instantly fall in love with. I actually refer to her as my ‘Dallas Mom’ for so many reasons. She has the best sense of humor and can make you laugh like no other, a caring and giving heart, and has the ability to make you instantly feel loved and welcomed. She has taught me so much over the years and I’m still learning from her to this day. Without her sacrifices, hard work, and dedication to our amazing organization, CCA wouldn’t exist today. She is an inspiration to all and I have so much respect and love for this amazing woman.”

As Executive Director Emeritus, Char spent two years mentoring current Executive Director, Erica Mossholder. Erica says, “Char has a potent mixture of strength, intellect, and simplicity. She never makes things harder than they have to be. She is incredibly resourceful and smart. She is the kind of person that can figure out how to do anything and never saw herself above any task. There is no an air of pretentiousness in her, being around Char is both comforting and riotously fun. I don’t know how she had the time to do everything, but she never looked frazzled or stressed. She always made me feel like I was important and special, from her perfectly appointed luncheons with antique place settings to putting in hours on sweaty afternoons hauling boxes of books from her personal storage in her own vehicle to the CCA office... Char does it all, with a great joke and a smile. She’s a mentor and an inspiration to me.”

These days, Char enjoys spending time with her grandkids, traveling with her husband, and riding her bike along the neighborhood trailhead in Dallas, Texas just steps away from the CCA offices. She continues to attend Retreat and pops by the office from time-to-time to say "Hello," and often pitches in to help our amazing community continue to grow.