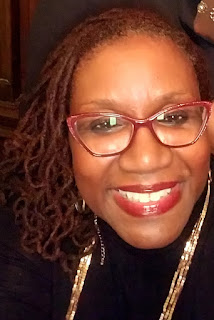 Ms. Harlena Morton, Special Needs Parent Consultant
Harlena has an M.Ed. Counseling, B.S. Communications & Secondary Education. She has worked as an Educator for 39 years in Pennsylvania and Alabama, for adults & children, and is currently a high school Guidance Counselor for LSS, MDS, Magnet Students and the Military Rep. She's the Parent Leader & Advocate for PA Medical Home Health Initiative, CAC (Citizens Advisory Committee), Volunteer Parent for CCA & FNMS; and the former Parent Rep for Philadelphia Mayor's Office of Disability Services and CHOP Chestnut Hill. She's the loving parent of two adult children, one with Nager Syndrome. She was rasied and resides in Philadelphia, PA. Michael Douglas, Consumer Engagement Program Manager, North America, MED-EL Corporation
Michael is a Speech-Language Pathologist, Certified Auditory-Verbal Therapist and a Consumer Engagement and Rehabilitation Program Manager for MED-EL Corporation. Before joining MED-EL he spent the last two and a half decades serving children, families and adults with all levels and types of hearing loss in the listening and spoken language approach. 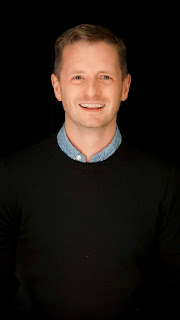 Robert Wagner,
La Jolla Country Day School Performing Arts Lead Educator
Robert is an artist and educator that believes in using the theater as a tool to create positive change in the world. He is currently the performing arts department chair at La Jolla Country Day School and previously toured the country as a Wild Rabbit in ‘The Velveteen Rabbit’, danced at the Shawnee Playhouse, and choreographed and assistant-directed two La Jolla Playhouse productions with Sledgehammer Theatre. 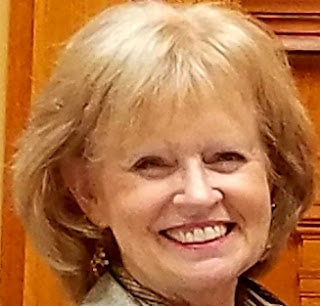 Most importantly, Paula Guzzo is the Wife of Bob, and mother of Scott and Aaron. She has worked as a Pharmaceutical Medical Representative & in Pharmaceutical Sales Training before motherhood. She has also worked for InSource, Indiana's Parent Training & Advocacy Center as a Regional Program Specialist; at Sycamore Services as a Transition Coordinator; at Evansville-Vanderburgh School Corporation (EVSC) as both Coordinator of Parent Supports, Special Education Department, and as the Family Engagement Coordinator for the Academy for Innovative Studies Alternative School. Presently she works at Sycamore Services as Community Consultant.

She has volunteered as an educational advocate for InSource before employment with the and her and Bob's advocacy resulted in Scott being the 1st EVSC student with multiple disabilities educated in a general education classroom. She was a Guest of President Clinton at the White House signing of the Individuals with Disabilities Educational Act, Received a Jefferson Award in recognition for advocacy for children with disabilities, has Presented at local, regional, state, and national conferences on Educational Advocacy, has Testified at State hearings on Special Education, Assistive Technology, & Medicaid Waiver, has Served on Focus Group to shape how Indiana's Katie Beckett Medicaid Waiver would look when initially implemented, has Served on the leadership team to close down 5 EVSC school programs and launch a new EVSC alternative school, was Appointed by 2  governors to Indiana Governor's Council for People with Disabilities, and served on various councils and boards, including CCA's Board of Directors. 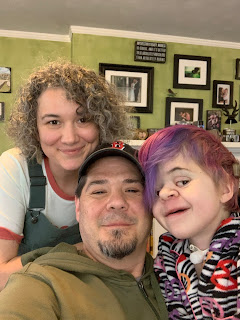 Liz Cox is a wife, mother, and friend from Springfield, MA. She has an almost eleven year old child, Nova, with Pfeiffer Syndrome, who opened Liz's eyes to the world of parenting a child with complex needs (and parenting in general). These experiences kick started a fierce love of supporting other families in their journeys raising extraordinary humans. Professionally, Liz works at the MA Department of Public Health for the Early Intervention Parent Leadership Project, helping ensure early intervention programming and policies are developed with family voices present, and helping families become engaged across systems of care. In her free time, Liz is an avid maker, who enjoys gardening, cooking, and spending time with her family making the mundane and adventure. 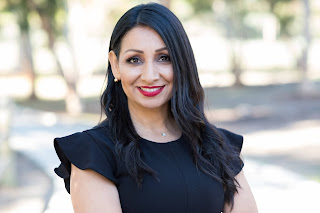 Karla Molina is a Marriage and Family Therapist with over 15 years of  experience in providing therapy to children, adolescents, adults and couples. Karla specializes in treating depression, anxiety, childhood trauma, parenting, family conflict and having a child with disabilities. In addition, Karla has worked for 7 years in school districts as a Mental Health Provider to children and adolescents in Special Education. Given that Karla has a son, Max, with Treacher Collins Syndrome, she has learned and used her advocacy skills to support her Max's education. Karla is a strong believer in the power of having community, a strong support system, and faith. Karla regularly develops content and parent workshops for a non-profit organization to assist underserved communities with effective mental health education and techniques. Karla enjoys music, reading about the latest interventions/research around mental health and special education, networking with like minded individuals and spending quality time with her husband and three children. 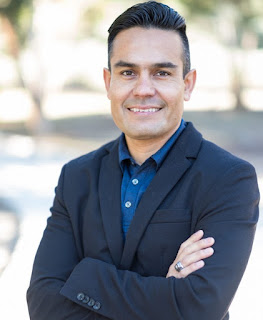 Pedro Molina is celebrating 18 years of marriage to Karla Molina and has three children: Isabella 13, Emilio 11 and Max 9. As a professional, Pedro is a 20-year veteran of the Health and Wellness Industry. In 2011, Max was born with Treacher Collins Syndrome and there began the journey with medical procedures, emotional health and eventually, Special Education.  As an advocate for his own son, Pedro attended the Special Education Law and Advocacy Series (SELAS) through the University of San Diego extension program and has personal experience with due process and mediation. He says, “as a parent you know your child more than anyone and you are the most important member of the IEP process.” 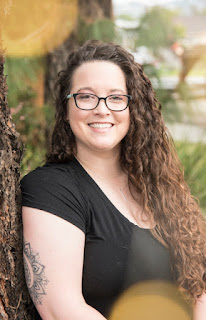 Cashel Gaffey, MSW: ConnectMed International Program & Fundraising Coordinator
Cashel earned her Master of Social Work with a Group Work Concentration from the University of Connecticut in 2017.  Cashel earned her Bachelor of Arts in Sociology from Seton Hall University in 2013. She has experience facilitating clinical social work groups in inpatient hospital settings and has brought those skills to ConnectMed.  Cashel helps facilitate family group-style discussions at Camp Cosmos Therapeutic Day Camp, as well as at the Children’s Craniofacial Association Annual Retreat at CMI’s Camp CARE. 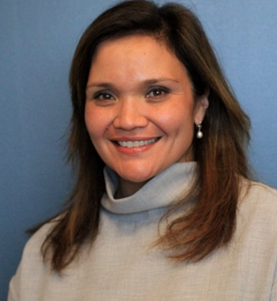 Rita Albert, JD, Executive Director, ConnectMed International
Rita is an attorney certified to practice in Illinois and California, and before the United States Patent and Trademark Office.  Over the last 20 years, she has worked in private practice, as in-house counsel, as a law school professor and a contributing author to legal publications.  Ms. Albert is active in the San Diego nonprofit community and has served as a legal consultant and/or board member to several nonprofits, including CoolGlobes Inc., The Children’s School, Elite Rugby Foundation, and Brighter Futures for Beautiful Minds.  Ms. Albert played a critical role as legal consultant to ConnectMed since its inception. Since January 2014, she has served as Executive Director, managing operations and programs in collaboration with the Board of Directors. 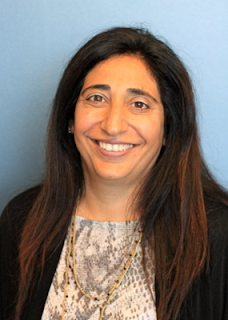 Azmaira Maker, PHD
Dr. Maker is a licensed clinical psychologist with over 20 years of experience with adults, children, and adolescents.  Her extensive doctoral and post-doctoral training at the University of Michigan, Ann Arbor enables her to provide a range of services, including: diagnostic evaluations, psychotherapy, parent guidance, and psychological testing.  She is also the author of Aspiring Families, a book that provides guidance on how to talk to children about divorce, and is a frequent public speaker on the topic. 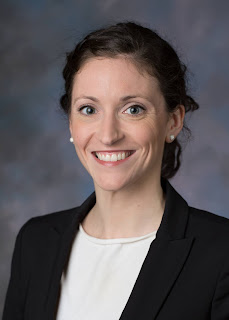 Dr. Annie Drapeau
Dr. Drapeau is a pediatric neurosurgeon and assistant professor at Nationwide Children’s Hospital and The Ohio State University College of Medicine. Her clinical interests and research mainly focus on patients with craniosynostosis. She enjoys the collaborative work with the craniofacial team. 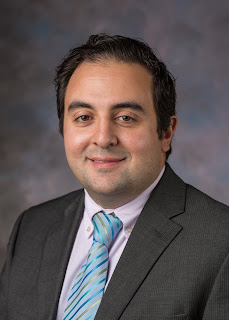 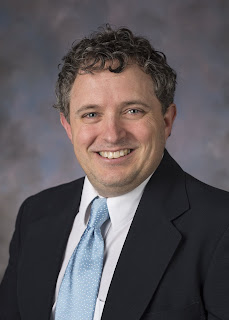 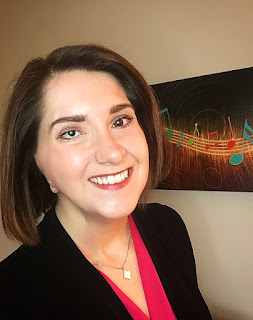 With the help of her grandmother, soprano Chelsea Buyalos developed a love for music at the age of four; a love that was sparked by Puccini’s Tosca. This love blossomed and soon led to the start of her formal training at the age of eleven in her small town of Chester, Virginia. In 2005 Ms. Buaylos made her operatic debut in Italy with Operafestival di Roma in their main stage production of Mozart’s Le nozze di Figaro. In recent years, Ms. Buyalos has been featured as a soloist in concert works such as Mozart’s Requiem, Rossini’s Petite messe solennelle, and Rutter’s Requiem. Chelsea received both her Bachelor’s and Master’s degrees in Vocal Performance from the Peabody Institute of the Johns Hopkins University (Baltimore, MD). She maintains an active private studio in downtown Baltimore and continues to foster music education in her community as Vice-President of the Baltimore based non-profit Mobile Music NOW! Inc. As a member of the craniofacial community who has lived with Goldenhar Syndrome, Chelsea frequently shares her story with others and recently became a member of the Children’s Craniofacial Association’s Speakers’ Bureau. Remember to always #ChooseKind! For more information about Chelsea visit: www.chelseabuyalos.com. 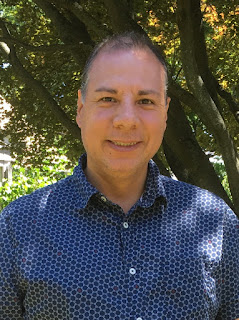 Jerry Carchi is a jack of all trades but master of one, which is his love for his wife, daughter, and the CCA Family. Jerry has roots in Hoboken and now he resides in Ho-Ho-Kus, NJ. Jerry is a self-published author who was inspired to write a children's book about his daughter Sydney, who was born with Pfeiffer Syndrome. Jerry is a Zumba instructor at his local YMCA and Co-Director of a special needs program called Shining Star Express. Jerry has a passion for the art of laughter, love, and happiness, and he uses this energy in everything he does. Jerry is looking to impact the next generation with a positive message of love, acceptance, and kindness for all. 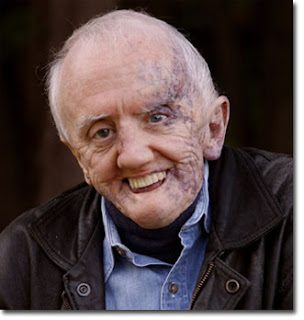 David is an inspirational humorist, keynote speaker and performer who has transformed the challenges and gifts of living with a facial difference into a compelling message that uplifts and delights audiences around the world. With the publication of his first book, The Church of 80% Sincerity, he is also an author.

David presents keynote speeches, humor and entertainment at conferences, meetings and fundraisers for corporate events, and for associations, non-profit, educational and disability organizations.