A New Friend from the UK Shares Her Craniofacial Story

Editor's Note and Warning: This article came to us from Ella Davies, a CCA Kids Twitter follower. She is from the United Kingdom. In the UK they use the term "disfigurement" to describe facial differences. In an effort to keep this blog piece authentic and true to Ella's own words, I kept the use of the word "disfigurement." In the United States we prefer facial difference. With that said, please enjoy this heartfelt piece from Ella! 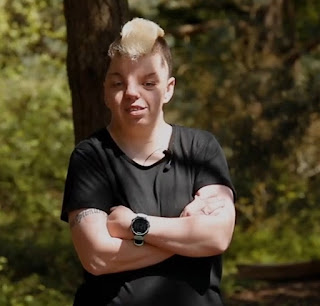 My name is Ella, I am 27 years old and I live in England. My craniofacial condition is craniofrontal nasal dysplasia.
I have had 3 operations in total, the first 2 were when I was age 1 and then again at age 5. both operations were to allow normal development. The third operation was one I had a choice as to whether I wanted to do it. At age 18, the thought of another operation was a little daunting due to being older and understanding the procedure and also the risks that came along with having a major operation. I decided to have the operation done. My reason for my choice to have it done at the time seemed incredibly vain as the operation was cosmetic rather than functional or out of medical need.  After having the operation, I noticed a massive boost in my self-confidence and knew it was the right decision.

I have had a hugely positive experience having a craniofacial condition. I loved school and in my whole school time I only had one incident of bullying. The reason I believe I had such positive school life was due to me doing a talk about my condition to my year group, detailing how I got the condition and the operations I had. By doing this I believe it took away people's curiosity and the awkwardness of asking questions. My school friends knew that they could ask me anything.  My positive experiences allowed me to continue education and gaining a Sports Coaching Degree at university. 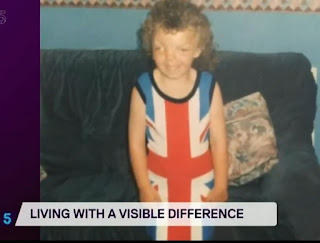 I also have a fantastic family and group of friends who have stuck by me and always allowed me to do the things I want to do. This is where I found my love for sport. Throughout my childhood, and now even in adulthood, sport provided me the chance to be part of a team. I was noticed more for my athletic ability rather than the way I looked. Sport just gave me the confidence I needed and helped me deal with social anxieties that often accompany having a disfigurement.
I don’t want to say I have gone through my life without staring, pointing, and odd comments. Yes, those happen every day. However, I don’t let anyone get me down. I just smile and carry on with what I am doing. If I didn’t then I wouldn’t have graduated university, worked at a summer camp in New York, been employed since I was 15, and traveled to some of the most beautiful places in the world.


I have recently joined a charity as a volunteer campaigner for Changing Faces, which is the UK's leading charity for people with a visible difference – a mark, scar, or condition that makes them look them different. Changing Faces raises awareness and challenges discrimination that people with a visible difference face. While I do this by sharing my positive story and let others know that having a disfigurement does not define you. or the way you want to live.